Joint Procurement in the Defence and Security Sector – A (Procurement) Lawless Area?

Strengthening cooperation in defence and security procurement among member States has become an important concern of the European Union. Last year, the Commission addressed the issue of joint procurement in the defence and security sector in a separate guidance note. The Commission stressed the need for more cooperation in order to reduce costs, promote cross-border competition and facilitate cooperation between the European armed forces. In particular due to PESCO and the EDF, more joint procurement procedures are to be expected. 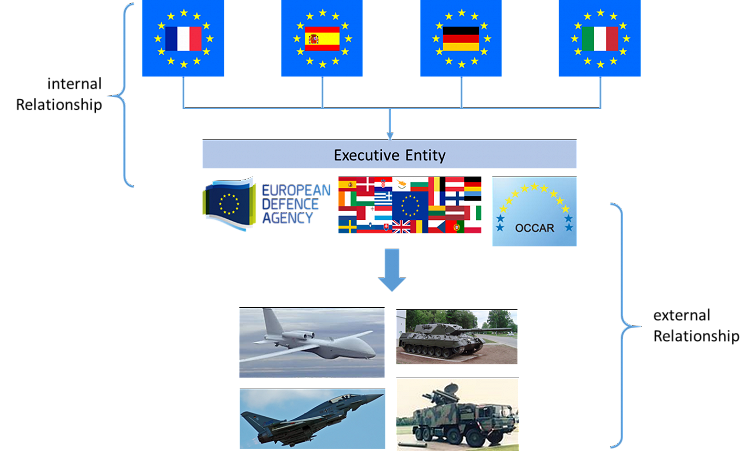 Joint procurement may appear to be conducted in a lawless field without the possibility of any judicial review. The following questions therefore arise:

The following will provide brief answers to these questions, allowing the reader to get an introduction to this topic.

A safe haven from procurement law?

No way to fight back?

Both the assignment by EU member States to an Executive Entity and the Executive Entity’s decision to award a contract are subject to some form of public procurement law, at least one comparable to the Defence Directive. Therefore, companies that feel discriminated may challenge both acts according to the applicable law regime. This especially applies in case of suspicion that the applicability of (national) public procurement law was intentionally circumvented as this is always prohibited.

It is not true that joint procurement is a (procurement) lawless area. EU member States and the purchasing Executive Entity generally have to observe public procurement law also when jointly procuring goods or services in the defence and security sector. Companies that are envisaged as a contractor should ensure that the (direct) award adheres to the applicable public procurement law. They otherwise risk that the (direct) award is challenged by a competitor. Companies that feel that there are no grounds for a (direct) award of a contract to a competitor are not left without remedies.

BLOMSTEIN will monitor and report on further developments. If you have any questions about the potential impact on your company or industry, please do not hesitate to reach out to Pascal Friton and Christopher Wolters at any time. More detailed answers to the questions outlined above can be found in their article published in European Procurement & Public Private Partnership Law Review (EPPPL 1/2020, p 24 – 41) and Pascal and Christopher are happy to share their insights with you.

back to overview
Recent News:

Sec. 19 a ARC – Not just virtual, but legal reality