The relevance of cybersecurity has increased rapidly. Recently, cyberattacks on the German parliament, the German federal foreign office, and several German prominent public figures have highlighted the importance of securing the integrity of data systems, and of coordination between businesses and state actors in Germany. Similar incidents have had the same effect in other countries. This has in turn led to an increase in trading opportunities and demand for cybersecurity products throughout the world.

In Germany, the quest to strengthen domestic standards of cyber protection has a number of legal implications – most of which have yet to be resolved – and, so far, specific cybersecurity expertise remains limited. At the same time, the distribution of duties and responsibilities among public authorities continues to be spread between numerous different actors. The chart below – depicting only the relevant authorities at the federal level – illustrates that the existing organisational structure needs to be strengthened and simplified: 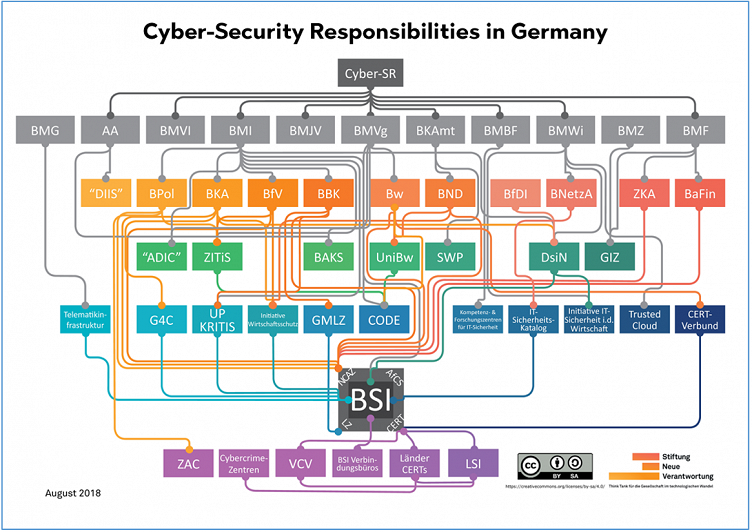 Over the coming weeks BLOMSTEIN will be publishing a series of client briefings on the legal implications of current cybersecurity developments – specifically with regard to the practice areas of trade, competition and procurement law.

back to overview
Recent News:

Self-preferencing under the DMA